"Do you you think we ever lived like this? Like a tribe? With a common language... a reason and a name for everything.... We must once have belonged somewhere.... A time.... A place.... However briefly"
- Connor Macleod

This timeline descibes the beginning of the Immortals and Ahriman's original involvement. It describes the exile from Zeist, the guardianship of the Source and how ancient Immortals like Kronos, Methos, Kurgan, Kane and Tak Ne began in the Game. This theory ties up all timelines.


Ahriman and the beginning of the Immortals 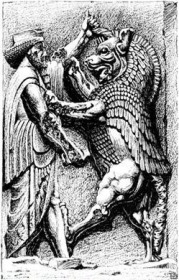 The original ancient Immortals may have been created by the twin spirits of Ahura Mazda (good) and Ahriman (evil). The Zorastrian mythologies recall that the two spirits battle for possession of khvaraenah, "divine glory" or "fortune".

Ahura Mazda was represented by a group of Immortals called the Amesha Spentas (Holy Immortals).


Every millennium Ahriman was challenged by a champion.

The Immortals once lived like a tribe in a place called Zeist. Some say it was in the Earth's ancient past, some say it was another planet or another dimension. Others say it was a lost land like Atlantis or the garden of Eden.

Some of the immortals have names also found in mythology and religion such as Kronos. 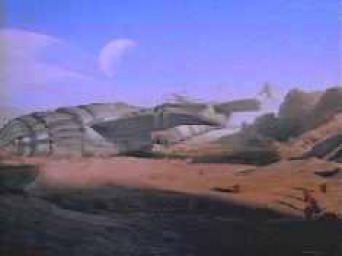 Contrast this with the legend of Kumarbi (Katana) usurping Anu (Kronos) and being defeated by Teshub (Macleod). 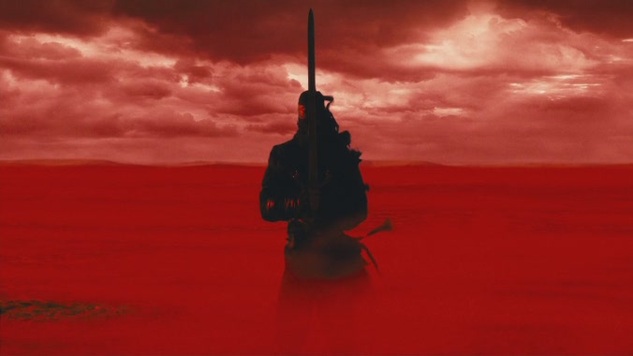 Rebellion and Exodus (Exile from Zeist)

The Game and the Ancient Immortals

They whispered legends of the Quickening, the Prize, the Source and of Zeist. Eventually new immortals were born throughout history, some of whom had never heard legends like Zeist and believed that stories of the Source  were just legend. 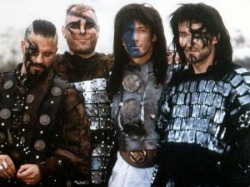 Timeline of the Game

20,000BC:
Ahriman and Ahura Mazda create the immortals.

13,000BC:
Zeist is overthrown by General Katana.

The Ancient One becomes Guardian of the Source.

11,000BC: A pair of Exiled Immortals try to find their way back to Zeist but are met by the Ancient Guardian. They cheat and kill him and try to steal back into the gateway.

10,0000BC: General Katana transports himself to the year 2024AD where he discovers the last Immortal is Connor Macleod who has defeated Kurgan and Kane. They fight and Connor wins with the help of his old friend Tak Ne (Ramirez). Connor wins the prize and returns to Zeist and 10,000BC where he destroys General Katana's timetravelling devices. But first he ensures that he will be reincarnated as Connor Macleod in 1518AD. This time however Connor knows that he must not win the Prize but he will fulfil an ancient prophecy by teaching his student Duncan Macleod to become the greatest immortal by defeating Kronos and Ahriman.

The new Guardian will guard the Source on the Baltic island of Saaremaa, near Estonia and will one day rise to do battle with Duncan Macleod.

All the remaining Immortals leave their tribes and the Game begins.

4,004BC: Traditional Biblical date for the Exodus of Eden.

3,469BC: Methuselah is born. He has the Methuselah stone which he possibly passes to his student Aganesthes of Tiryns.

3,156BC: Methos is thought to have been born in Egypt about this time

2,900BC: Methos becomes a student of the Immortal Pharoah Djer. They later fight and Methos assumes Djer's identity and becomes pharoah.

2,400BC: The Four Horsemen of the Apocalypse form

2,000BC: The Watchers are formed by Ammaletu the Akkadian after he sees the Immortal Gilgamesh come back to life

1,500BC: Aganesthes of Tiryns is a legendary sword master. He will become the teacher of Tjanefer and Rebecca. It could be through him that Rebecca gains the Methuselah Stone.

893BC: Tak Ne (Ramirez) is born in Egypt. He will become a student of Tjanefer and a rival of the Kurgan. 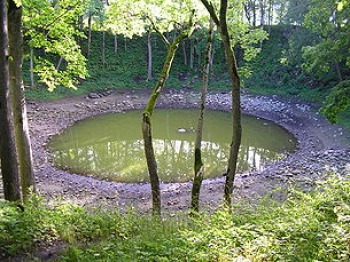