A world without Duncan Macleod 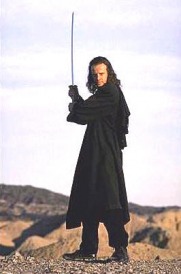 1985: Connor Macleod defeats the Kurgan and seemingly becomes the last Immortal. He has heard stories of Methos and Kronos but considers them to be myths.
1994: Connor defeats Kane and Khan who were trapped in an enchanted cave.
1998: Methos and Kronos reform the Four Horsemen and go to war with the Watchers
1999:  A mysterious stranger who claims to be "Duncan Macleod of the Clan Macleod" defeats Kronos and beheads Methos. He claims to be the "Ghost of Christmas Past" and disappears.
1999: Connor Macleod begins working on the Shield
2024: Connor Macleod is the last Immortal. He defeats Reno and Corda and Ramirez is resurrected. Macleod and Ramirez work together to defeat General Katana. Macleod wins the prize and returns to the Ancient Past of 10,000BC where he destroys General Katana's timemachine. 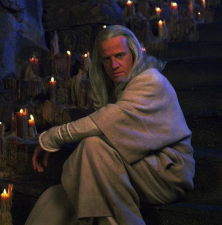 1985: Connor Macleod defeats the Kurgan but he only becomes the last Immortal in the New York Gathering and the last Immortal in the North East. There are still many remaining immortals, including Duncan Macleod.
1992: Connor and Duncan work together to defeat Slan Quince, beginning the North West Gathering of Seacouver.
1992: Connor enters the Sanctuary. Many events change....

In the previous universe:
- The Egyptian Kane was released from a tomb
- Connor Macleod went back to Scotland
- Connor remembered his Japanese sensei Nakano

In this universe:
- The Egyptian Nefertiri was released from a tomb
- Duncan Macleod went back to Scotland
- Duncan remembered his Japanese sensei Hideo Koto

1999: Duncan is taken back to a world where he never existed.

2002: Duncan Macleod is forced to kill Connor in order to defeat Jacob Kell.

2012: Joe Dawson is killed by the Guardian. Methos helps Macleod reach the Source where he defeats the Guardian. Macleod chooses not to behead the Guardian. He and his companion Anna enter the Source. Duncan wakes up and finds himself fighting Kronos and Methos

1999:
Duncan is taken back to a world where he never existed. This time when he returns back to the regular universe things are different...

2002: Duncan Macleod is forced to kill Connor in order to defeat Jacob Kell.

2008: Duncan Macleod meets Anna but this time he doesn't marry her and therefore never begins a quest for the Source. He instead meets a woman called Sara.

2008: Methos is engaged to be married. He asks Joe Dawson to be his best man. Methos also invites Amanda, Duncan and Sara to the wedding.

2008: The Kurgan and Connor Macleod are resurrected. Connor gives up his Quickening to his old enemy so that Duncan can take the Kurgan's head.

2011: The Highlander's adventures still continue with Connor's spirit within Duncan.