The First incarnation of Connor
Circa 12,000BC, an advanced ancient civilisation known as Zeist (once thought to be another planet but now thought to be in Earth's ancient past).  He and his mentor Tak Ne Lead a rebellion against the tyranical General Katana. They are banished to the future where Tak Ne (later Ramirez) will be reborn in ancient Egypt, later to be known as Ramirez; and Connor Macleod will be reborn as a Highlander 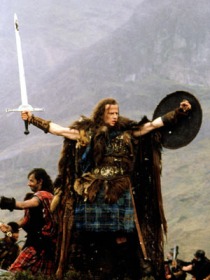 Celtic son
1518 Connor MacLeod is born in the village of Glenfinnan on the shores of Loch Shiel and raised by his father Macleod and his mother Caiolin.
1528 On Connor's 10th birthday, his cousin Dugal catches a salmon that they eat.
1536 Connor's father is killed by the Frasers, a neighboring clan. Connor is killed by the Kurgan but is rescued off the field before the Kurgan can take his head. His swift and remarkable healing causes his village to accuse him of witchcraft and banish him.  His friend Angus spares him from death.

Immortal Highlander
1536 Connor trains as a blacksmith with a man named MacDonald who lives in Glencoe. When the old man dies, Connor begins courting MacDonald's daughter Heather. They marry.
1540 Juan Sanchez Villa-Lobos Ramirez teaches Connor what it means to be immortal and prepares him to meet the Kurgan in battle.
1541 Connor training with Ramirez
1542 Ramirez is killed by the Kurgan
1555 Connor returns to Glenfinnan in an attempt to rescue his mother Caiolin from the stake. He fails and accidentally kills Father Rainey and his adopted son Jacob Kell. He does not realize that Kell is also an immortal. Saddened, Connor returns to Glencoe to live out a life with Heather.
1560 Connor finds a depressed Heather cutting her hair off with a knife as it was the only part of her that wouldn't age
1590 After Heather's death, Connor leaves Scotland and travels the world.
Late 16th century, Scotland-- Shortly after Heather's death, Connor goes to work as a field hand for a farmer and his daughter, Sarah. Sarah is sweet on Connor, but he fears to again become involved with a mortal woman. when the farm is attacked by two brigands, Connor is killed and then revives, killing the attackers and saving the farmer and Sarah. He then leaves Scotland.

Cavalier
Late 16th century Connor meets Thomas Cavanaugh, a friend of Ramirez who convinces Connor that he needs to pass on what he learned from Ramirez to other young immortals. Cavanaugh calls a gathering of local immortals on holy ground to preach about the nature of the prize and the importance for it to be won by good men. He encourages all to teach what they have learned.

Samurai
Late 16th century  Connor travels on to the east to learn from the immortal sorcerer Nakano.
1605 While there, Kane and his henchmen attack. When Kane kills Nakano, the quickening brings down the mountain and buries Kane and his henchman. Connor escapes.
17th Century Connor and Thomas Cavanaugh meet again. When Cavanaugh mentions that Connor is drifting through life rather than living it, Connor determines to leave England.
1625 Returning to Scotland, Connor finds Duncan MacLeod in "that bloody bog" following the battle of Glen Fruin.
1630 Connor and Duncan are apart as Duncan does not know where Connor is when he is pursued by Martin Hyde, an immortal who only challeneges "seasoned" immortals.
1631 A few years later as they are training in Ravenna, Italy, Connor teaches Duncan an unstoppable move.
1632 In Scotland, Connor and Duncan have a brief run-in with Khordas, the immortal pirate and villain of The Element of Fire and his companion, the immortal Nerissa. Duncan leaves Connor to travel in Europe.
1712 Connor and Duncan save the pre-immortal Catherine Mary "Kate" Devaney from being held-up by bandits.
1715 In the South China, Connor hears that Duncan is preparing to marry Kate Devaney. He arrives in Ireland and tells his kinsman how the loss of Heather destroyed him. Unable to let fate decide Kate's future, Duncan kills Kate on their wedding night to make her immortal.

Soldier
1777 Connor MacLeod and Sunda Kastagir served in the Continental Army with George Washington at Valley Forge.
1783 As Adrian Montague, a drunken Connor MacLeod has a duel on Boston Commons with the lawyer Bassett, whose wife he has insulted. Kastagir is his second.
Europe 1786 Connor and Duncan have a run-in with Hugh Fitzcairn... something to do with "that Montague woman."
18th Century Connor and Thomas Cavanaugh take ship to France where Connor woos the beautiful Isabelle Tourez and gives her a ring to remember him by after Cavanaugh reminds him that a life with a mortal leads only to grief. The two immortals fight their way out of the castle but are captured. Cavanaugh is guillotined and Connor takes his quickening. He is then able to escape.
1793-94 Connor lends support to the French Revolution. He meets and woos Lady Sarah Barrington, the English niece of a French noble. When Connor is sentenced to die on the guillotine by the king... she believes him dead and marries another man. Connor's place on the guillotine is taken by his friend, the immortal Pierre Bouchet, who is weary of immortal life. When Connor returns to Sarah, he does not reveal himself to her when he sees that she has children and is happy.
1796 As Adrian Montague, Connor purchases the Hudson Street property in New York City that will later house Nash Antiques.
1800 Connor runs across Kastagir in the West Indies
1804 While serving aboard the H.M.S. Victory, commanded by Admiral Nelson, Connor MacLeod faces off with The Kurgan serving aboard a French vessel. Their fight is interupted when the mainmast falls on the young Lt. Cavanaugh. Connor hesitates in his fight to save the boy. The Kurgan escapes by falling overboard and walking across the sea bottom. He also takes with him Connor's Masamune katana.
June 1815 Connor is with the Duke of Wellington at the Battle of Waterloo. He may also have met and had dealings with Napoleon.
16 Jan 1819 Birth of Hamilton Kopp who dies at birth
1839 The Hudson Street property is transferred from Adrian Montague to Hamilton Kopp. Later transfers of the property are to Alfred Burgess, Wallingford Benoit or Rupert Wallingford, and finally Russel Nash
Dry River, Texas, 1851 Connor and Duncan meet up with Sunda Kastagir who is having difficulty with a quickening.
1853 Connor is captain of the Rosemary when Duncan signs aboard. The ship sinks in a storm after another run-in with Khordas.
1861 Connor is a soldier in the Civil War
1872 Traveling in the Pacific Northwest, Connor helps Duncan bury his Indian family and tries to console him for their loss.
1879 Connor serves with the British Army in South Africa. While a prisoner of the Zulu following the battle of Isandlwana, Connor meets up again with Sunda Kastagir who plays a joke on him involving a fight to the death with an "Immortal" Zulu warrior.

Expert Fighter
November 1888 In London, Connor  runs across the immortal Jack, a serial killer butchering women in the whitechapel District. He puts an end to Jack's activities.
1897 Connor takes the name David Carruthers and is captain of a gun-runner. In Nantucket, Connor and Duncan finally deal with the pirate Khordas.
1902 Connor is on the Yale rugby team which has won a state championship
1920 Connor is at Cambridge University, a member of rowing team
1927 Connor supports the New York Yankees in the World Championship
1928 Connor has a small farm in Worstick, PA
1936 Rachel Ellenstein is born in Holland to Jewish parents.
1940 Connor transfers the New York property to 'Rupert Wallingford'
1943 Connor rescues war orphan Rachel Ellenstein from the Nazis and adopts her, raising her as his daughter. He serves in a unit with Sgt. W.W. Hicks who sees him die and revive during a Nazi mortar attack. Hicks says nothing.
22 Oct 1945 Russell Edwin Nash is born at Mercy Hospital in Syracuse, NY to Karen Joan Nash. Both mother and child die soon after. Dr. Willis B. Kadell is the physician. Russell was illegitimate.
1952 Rachel graduates from high school. Connor keeps a photo of the two of them as a memento.
1958 A certain Porsche, later bought by Connor MacLeod, rolls off the assembly line.
1963 Upstate New York. Connor drives Rachel to the airport. She's off to see Europe with her lover, Richard. Just before Christmas, he is visited by an old pal from his army days in WWII.  Sgt. Hicks suggests that Connor needs to visit Berlin. Someone there is doing genetics experiments in an attempt to create a super soldier... someone like Connor.
1963 Berlin. while investigating the rumors of super soldiers, Connor meets immortals Tasya Desny and Paul Furio.  Together they travel covertly to the USSR where they investigate the rumors of super-soldiers and Connor comes face-to-face with an old foe... the Kurgan.
January 12, 1964 Connor, Tasya Desny, Paul Furio and Dr. Arman Volkov pursue the Kurgan and his super soldiers into Siberia. Connor and the Kurgan continue their battle in mid-air and on the ground after they revive from the fall. The Kurgan is blown out of the building and vanishes beneath the ice. Connor returns to New York City and to Rachel.
1966 Connor learns the Maamune katana is up for auction in Paris. Unfortunately the sword is bought by Toshiro Nakayama, who claims descent from Masamune. When Toshiro kills the brother of a woman Connor is involved with, he goes to Japan to challenge Toshiro and reclaim the Masamune. He is unable to kill Toshiro at that time, but manages to disarm him. After Toshiro kills Elizabeth, Connor takes Toshira's head.
1981 James Horton becomes the Kurgan's Watcher
1983 Martin Holecek becomes Connor's Watcher

April 1986 London, Connor and Brenda operate Nash Antiques. He is contacted by an old friend, Tasya Desny and travels to Paris where he sees a man covered by Cyrillic tatoos who warns that Russia will be razed and reborn. Shortly later, Connor hears of the nuclear accident at Chernobyl and makes plans to go to Moscow.
26 April 1986 Connor, Tasya Desny, Paul Furio, and mortal Doctor Arman Volkov fly to the USSR to investigate the accident at Chernobyl.  During the mission, Tasya kills Paul and Connor must take Tasya's head. Afterwarwards, Connor returns to London and to Brenda. 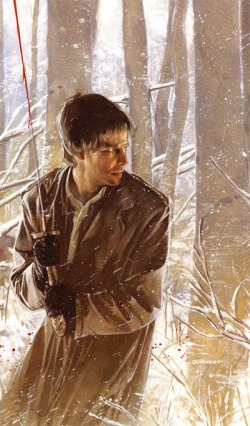