Circa 12,000BC, an advanced ancient civilisation known as Zeist:  Tak Ne (later Ramirez) and his disciple (later Connor Macleod) lead a rebellion against the tyranical General Katana.  They are banished to the future where Tak Ne will be reborn in ancient Egypt and Connor Macleod will be reborn as a Highlander.

896BC Tak Ne (later Ramirez) is reborn in Egypt

C841BC
He dies when he is run-over by a run-away cart and discovers that he is immortal.

593BC
Ramirez is married to Japanese princess Shakiko whose father Masamune forges a legendary sword for him. A tachi with an ivory hilt and pommel modelled on a Chinese mythical lion.

479BC
While serving with the Spartan army fighting the Persians at the Battle of Plataea, Ramirez meets and fights the Kurgan, managing with the Masamune katana to shatter the Kurgan's weapon. He is unable to kill the Kurgan as the immortal falls from the cliff where they were fighting and is swept away by the fighting.

1320AD
Tak Ne had recently been in Florence, Italy

1380AD
For the third time Tak Ne, now known as Ramirez fights the Kurgan in China

1516AD
Charles I is king of Spain. Ramirez becomes "chief metallurgist" to King Charles I of Spain. He does say Charles V, which is how Charles was known in his role as Emperor of the Austro-Hungarian Empire.

Around this time Ramirez becomes the teacher of Otavio Consonne.

1541AD
Ramirez travels to Scotland to find Connor MacLeod. He teaches him how to enter the game and what it means to be immortal. Ramirez dies at the hands of the Kurgan and is buried near the destroyed forge. Connor takes his katana and carries it in his memory. 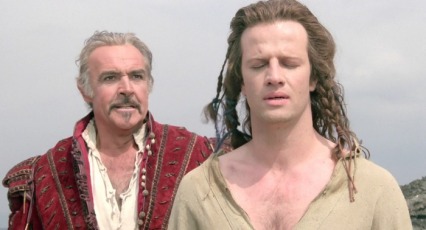 2024, New York: Connor Macleod takes the heads of Reno and Corda and the resulting Quickening allows Ramirez to be resurrected. But Ramirez gives up all his Quickening energy to save Connor and his girlfriend Louise, so Connor can defeat Katana and return to 12,000BC.